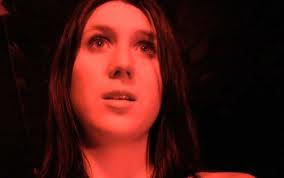 
In the quiet town of Little Park, a young woman brutally murders her friends during a seance out in the forest. With no recollection of the event, and no discernible motive, she is committed to a psychiatric hospital. Despite the lack of explanation, weeks later things begin to settle and the townspeople return to their everyday lives.

A young woman named Laura Leeds awakes one day only to see her ordinary life dissolve into a living nightmare. She is afflicted by an ever present pain in her side, voices, visions, and other disturbing manifestations. Then people begin turning up dead or missing, including a man who reveals to Laura that others have been suffering problems identical to hers. And many of them are the same people who are disappearing. Laura tries to figure out what evil is pursuing her and why before she is next to vanish.