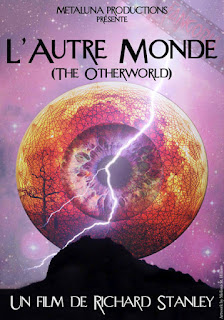 Fangoria posted the first image from Richard Stanley’s “L’ Autre Monde”. The film is set to explore those places on earth where our world overlaps that of the paranormal realm. Here is what he told Fangoria about this project:

“After 22 years of study, I plan to bring my extensive knowledge of the area to bear on this feature-length documentary, which Karim Hussain and myself plan to shoot in the areas of the Aude and the Ariege this summer. This project will examine some of the curious belief systems of the region’s inhabitants, where half-remembered legends of faeries and the ‘encantada’ blur into modern-day UFO lore. I intend to interview a cross-section of the local populace, ranging from individuals who claim to have had real-life experiences they can’t readily explain or quantify to town mayors, civic dignitaries and government employees who have been trying to suppress what they view as a virulent and potentially dangerous strain of mass hysteria.”

I can't wait for this to come out. I love documentary stuff, especially when dealing with lore and mythologies from around the world. There is so much out there still waiting to be explored as well as so much of our past that needs to be rewritten in order to be viewed as more truthful based on the knowledge we now know about our world and universe. The paranormal is so much more than just fear and superstition. Read the rest of the story here! 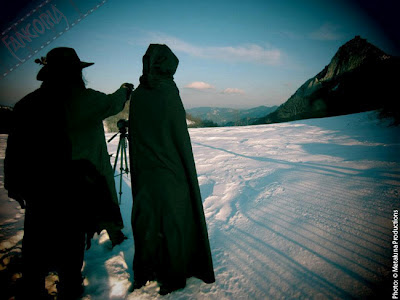