First Word On “The Legend Of Seven Toe Maggie” 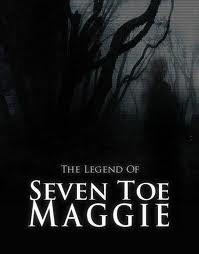 “The Legend Of Seven Toe Maggie” is a low budget horror film, written and directed by Joseph Lavender. It will be the 2nd film for Blackflight Studios and it will be shot in and around Cordele GA. The story is loosely based on a local urban legend involving a real life locatoin in Cordele GA. Directed by Joseph Lavender and starring Chase Steven Anderson, Mandi Christine, Kerr, Josh Sinyard, Christina Pykles, Lesley Warren, and Travis Breedlove.


When a group of Paranormal Investigators come to town to prove if a small town's urban legend is real. They get a lot more than what they ever bargained for.