The Rasmussen Bros. wrote the script for John Carpenter’s “The Ward” so they now something about horror and insanity. Now they step up the psycho-slaughter in their new horror film “Dark Feed”. They shot the film in New England using the same hospital that was featured in “Shutter Island” but don’t hold that disappointment against this movie. “Dark Feed” brings the scary to the crazy house. Below is the poster and trailer for Shawn and Michael Rasmussen’s horror film where insanity is contagious. 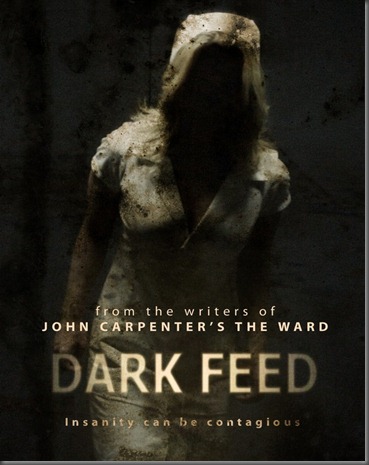 DARK FEED centers on a film crew shooting a low budget movie in an abandoned mental hospital with a shadowy past. The late nights and lack of sleep are taking a toll, and the longer this crew works, the more the leaky, wet building seems to be coming back to life, feeding off its new inhabitants. Something hiding in the hospital's walls is slowly seeping out and infecting their minds.