I don’t think I have ever been so excited about a cartoon or anime show in my life until now! I loved the Thundercats of the 80’s. It was one of my favorite shows ever. I have been dying for a live action movie to this mythos and sadly only rumors abound about one coming anytime soon. However there is a new anime show that came back in 2011 to Cartoon Network bringing this world of a Feline Dynasty fighting to come back from extinction. Thankfully there is going to be a continuation to the saga. You never know with animated shows whether they will last or just be fleeting. I hope that this series once back from hiatus will grow into a phenom and we will get our long awaited live action trilogy films. 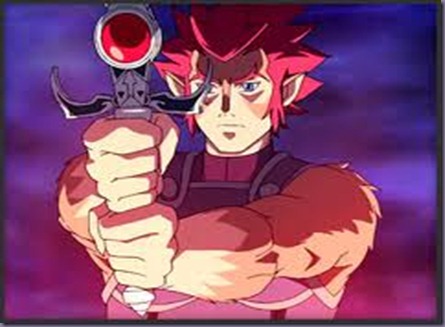 The ThunderCats are on the move! After the kingdom of Thundera is attacked by the lizard people, Lion-O leads Tygra, Cheetara and the other heroes on a quest for the Book of Omens and the magic stones of legend. But he'll have to face villains like Mumm-Ra, the ancient evil sorceror, and Slithe, the dangerous lizard general. Luckily, he has the Sword of Omens and its amazing powers at his disposal. Watch free online videos and get free downloads from ThunderCats on Cartoon Network. ThunderCats, ho!