Ok so ever since Katarina Waters has surfaced in the horror genre with her Nightmare Theatre I have been mildly fascinated with her. She reminds me of Zena and apparently is a wrestler. I know nothing about wrestling except when channel surfing and for no real reason become hypnotized by the shiny muscular bodies bouncing around the roped ring. Anyway I love the Nightmare Theatre Volumes of horror films it takes me back to the glory days of Elvira and Movie Macabre plus the films are cool classics that rarely get attention.
Today I ran across a film in production that she is in called “Project Guardian” and here is the info on it…. 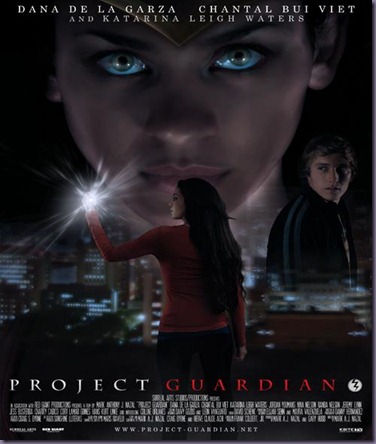 PROJECT GUARDIAN is an upcoming Sci-Fi/Fantasy Drama and Live-Action Comic Book Adaptation about a young woman who discovers an extraordinary destiny.