If you haven’t seen the any of the new modern classic cult films yet such as “Chillerama, Dear God No, or The Theatre Bizarre” you have yet another chance to see them as well “Slime City Massacre” which will be showing at :
TAMPA PITCHER SHOW THEATER 14416 N. Dale Mabry Hwy., Tampa, FL  (813) 963-0578
It all begins THURSDAY, FEBRUARY 9TH, 2012
Hosting this top-notch "Wild Bunch" of cult movies is the "King of the B-Movies" himself, JOEL D. WYNKOOP - with a SPECIAL APPEARANCE by BART BOYLE, the "Cult Movie Curmudgeon"!  Prizes!  Trivia! Bonus Short Films!  A midnight-movie style atmosphere!  It's a CULT MOVIE LOVER'S DREAM-COME-TRUE! Don't miss ANY of the BIG CULT MOVIES during the series, which begins its months-long run in February and revs on into March + beyond!  Keep checking back to CULT MOVIE MANIA for the complete schedule, pricing information, time/day/date updates, and new movie additions!  Tickets must be purchased at box office the evening of screening.  Here's the line-up!
SLIME CITY MASSACRE THE THEATRE BIZARRE DEAR GOD NO! H.G. LEWIS'S THE UH-OH! SHOW CHILLERAMA BELLFLOWER  FATHER'S DAY (COMING SOON!)   BRAINJACKED + FILTHY (COMING SOON!) 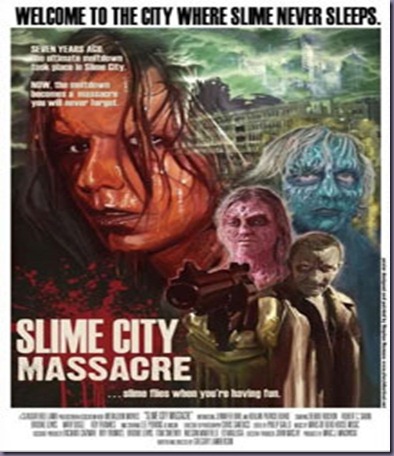 7 years after a dirty bomb wipes out NYC's financial district, the US has invaded Canada. An army deserter named Cory and his girlfriend Alexa flee to the ruins of "Slime City" . They discover the elixir and yogurt from the first film (Slime City), and are transformed into murderous Slime Heads. Meanwhile, a greedy developer hires a team of mercenaries to wipe out the homeless population. 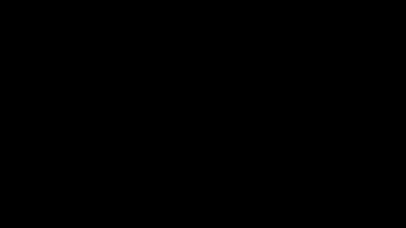