Jihadist, Zombies and the Twin Towers?

This film attempts to wade into the new America’s hallowed waters for a terror attempt that brings the Twin Towers, Jihadist, Zombies and Victims together on that fateful day, Sept. 11! I am not sure how this will turn out but kudos for someone having the balls to attempt something that can either create a career or cause the industry to go Jihadi on them all!

In Towers of Terror two groups of twenty-somethings decide to race to the top of each of the twin towers on September 11, 2001. The towers are hit by terrorist attacks, but the terrorists don’t die in the plane crash; they resurrect as zombies hell-bent on their mission to destroy America. These undead jihadists hunt down the characters one by one with box-cutters and nail-clippers in dual 110 story bloodbaths! 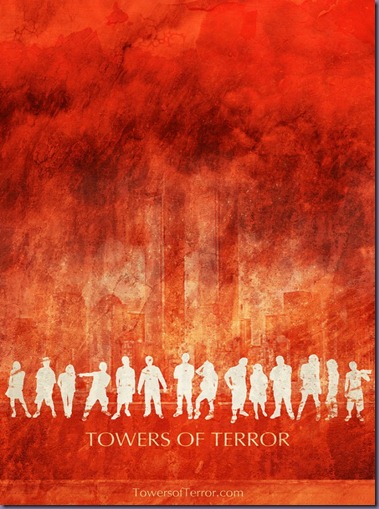