TV Review for 'Supernatural' 6.02 at Fandomania 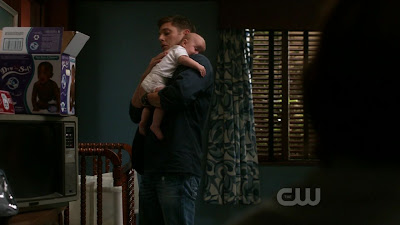 Sera Gamble promised that we were going back to basics this season and this episode proved it. We had the old favorites of comedy and drama and a case to work through, interspersed with this new path that the Winchester brothers are on. If this is what I’ll get to expect from the season, I’m totally on board.

Dean’s trying really hard to keep his family safe. He’s even gone so far as to move Lisa and Ben to a new home in hopes that the monsters that are after him will leave them alone. However, even he doesn’t believe that, so he’s keeping them on lock down.
(jump over to screencaps by rawr cap here.)
Posted by A Southern Horror Fan