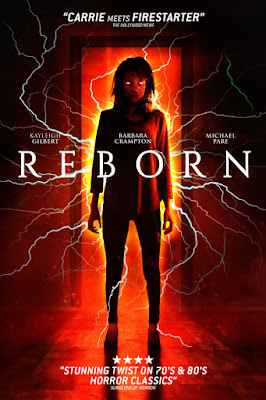 Following the successful UK release of Julian Richards award winning horror REBORN, MVD have announced that the US DVD and Blu-ray release will be July 14th.


Screening at 54 festivals and winning 15 awards REBORN stars Barbara Crampton (Re-Animator), Michael Pare (Streets Of Fire), Chaz Bono (Three From Hell), Rae Dawn Chong (Commando), Monte Markham (We Are Still Here) and Peter Bogdanovich (The Last Picture Show) in a contemporary Frankenstein story about a stillborn girl brought to life by an electrical storm and abducted from hospital by a morgue attendant. On her sixteenth birthday, empowered with the gift to manipulate electricity, she escapes her captor and sets out to find her birth mother leaving a trail of destruction behind her.

UK fans can by buy the DVD from May 11th when it will become available at Tesco, Asda, Morrisons, HMV and Amazon.
Posted by A Southern Horror Fan