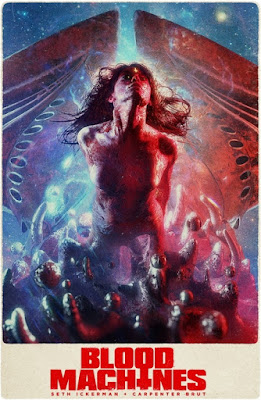 An early trailer has been released for Raphael Hernandez and Savitri Joly-Gonfard's sci-fi thriller "Blood Machines". The film will premiere sometime later on Shudder. It stars Elisa  Lasowski("Versailles"), Anders Heinrichsen (Valerian and the City of a Thousand Planets), and Noémie Stevens.

An artificial intelligence has escaped her spaceship, only to turn into a technological ghost. Now, she is in search of two blade runners, with this journey taking her across the universe.