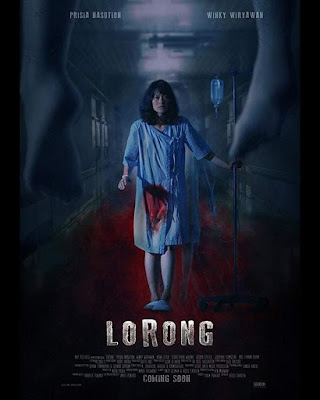 Check out the trailer for Indonesian horror "Lorong". The film is set to be released in its native country September 12th. It is directed by Hestu Saputra from a screenplay written by Andy Oesman. "Lorong" stars Winky Wiryawan (The Uninvited), Prisia Nasution (The Curse), Nova Eliza, T. Rifnu Wikana, Gesata Stella, Josephine Firmstone, David Santoso and Ade Firman Hakim.

Waking up after giving birth, Mayang is informed by Reza, her husband, that their first baby has died. Both of them experience tremendous depression. Mayang cannot accept it. Everyone at the hospital is sure that she is hallucinating.

Mayang contacts the police to look for a bright spot in this strange case. Doctor Vera who helped her give birth, provides evidence: the document of her baby’s death with several photographs of the incident. Choosing not to give up, she begins to be considered insane by some people in the hospital, including her own husband. Moreover, she feels to be followed by a spirit…