Trailer No. 2 Released For Korean Horror "Warning: Do Not Play" 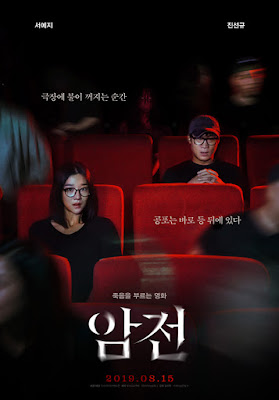 Trailer number two has been released for upcoming South Korean horror "Warning: Do Not Play". The supernatural film is written and directed by Jin Won Kim. It stars Seo Yeji (서예지), Jin Seon-Kyu (진선규), and Kim Bora (김보라). Check out the English subtitled trailer below.

An aspiring director Mi-jung struggles to come up with ideas for a new horror film. Even intense bouts of nightmares won’t stop her from compulsively reaching out for her laptop every morning. One day, her friend Jun-seo tells her about a mysterious film rumored to be shot by a ghost, by which she is instantly intrigued.While researching on the film, she starts writing herself into her film. That is, she writes about a film director following the traces of the banned film footage shot by a ghost. However, the closer she gets to the truth, and the more spotlight she gets from her writing, she finds strange things taking place in her life.
As if she has stepped into a horror film, the line between her film and her life blurs, thrusting her into an ending entirely unpredictable.