A Dark, Yet Earnest Exploration Of Teens In Space: My Interview With Writer/Director Drew Bolduc 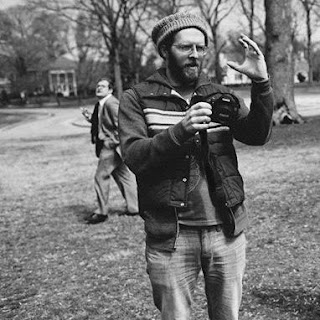 Drew Bolduc is best known for his film "The Taint", as well as his work on "Science Team". His writing and directing has garnered several film festival award nominations. His latest entry into the indie film world blends his love for classic horror with his equal love of science fiction.

"Assassinaut" is an ambitious, unique film exploring both sci-fi and retro thriller tropes with youthful action adventure flare. It follows four teenage astronauts braving an alien wilderness on a distant planet to save the Earth's President from a deadly assassin. I had a chance to interview Bolduc about his work and "Assassinaut", here is what he had to say: 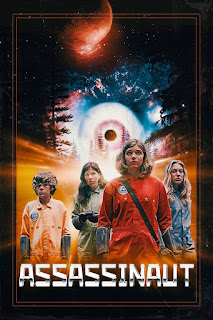 ASOUTHERNLIFE: Where did the inspiration come from for ASSASSINAUT?
DREW BOLDUC: It originally started as a very violent Power Rangers-type movie. Some of the elements definitely remain in the final product in some of the monsters and SFX, but it evolved into something else.

ASOUTHERNLIFE: The film is genre- bending, mixing sci-fi adventure with arthouse thriller. Was that always present from the beginning or did your vision evolve into what we see on screen?
DREW BOLDUC: It started campier and more ironic. The more I worked on it, the less funny it became. I guess I was in a dark place. The tongue-in-cheek nature of a lot of indie genre stuff these days just wasn't interesting me. It seems safe now. I wanted it to be earnest. The visual look of the film also evolved and that changed the tone as well.

ASOUTHERNLIFE: There’s a strong focus on kids being responsible for the future of mankind, clearly expressive of our reality. How important was it to capture that on screen? Was it intentional?
DREW BOLDUC: I really wanted to show the conflict between an older and younger generation. We kind of just throw the next generation into a meat grinder in this country and yet get them to believe in all these impossible dreams and goals. We really don't prepare anyone for reality here.

ASOUTHERNLIFE: How was it working with a mostly young cast, filming such dark, heavy subject matter?
DREW BOLDUC: I think they liked it and thought it was cool, but honestly it was like working with adults. They were all very professional and awesome at their jobs.

ASOUTHERNLIFE: What do you hope fans take away after watching ASSASSINAUT?
DREW BOLDUC : Life is hard, people die, you got to figure out things for yourself.

ASOUTHERNLIFE : Were you surprised at the overwhelmingly positive response from both critics and audiences? They tend to go into a movie from different perspectives? The feedback has been equally positive on both sides.
DREW BOLDUC: I feel in a lot of ways the movie is like an ink blot. I constantly hear completely different and contradictory views on what the movie is and isn't. I think it is a movie that you have to accept on its own terms otherwise people just won't get it. There are those that do not like it out there for sure, which is whatever, but it isn't a party movie. It isn't about being totally gratified and sedated when it ends. It was part of the theme.