Trailer Released For Serial Killer Horror "One Must Fall" 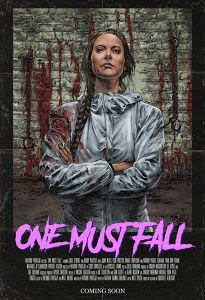 Set in the 1980s, the film centers on a woman wrongfully fired from her office job and forced to take on a temporary job on a crime scene cleanup crew. There’s a maniacal serial killer on the loose, leaving the team a lot of work. But did he ever leave the crime scene?