"Between Worlds" To Be Released Theatrically And On Demand This December 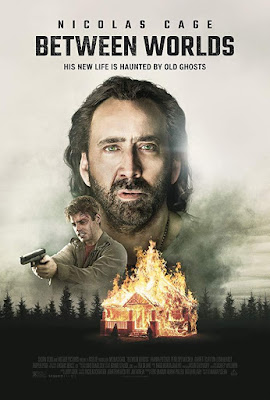 "Between Worlds" will be released theatrically and on demand this December. The supernatural thriller is directed by Maria Pulera and stars Nicolas Cage, Franka Potente, Penelope Mitchell, Garrett Clayton, Lydia Hearst, Brit Shaw, and Hopper Penn. "Between Worlds" hits limited theatrical release December 21st,  after an on demand on the 18th.

The supernatural thriller that follows Joe (Cage), a struggling truck driver haunted by the memory of his deceased wife and daughter. Joe’s life takes a dramatic turn when he meets Julia (Franka Potente), a woman with mysterious spiritual powers, whose daughter Billie lies in a coma. Julia enlists Joe’s help to stop Billie from crossing over to the spirit world, but when Billie awakes, her body is possessed—by the vengeful spirit of Joe’s dead wife.