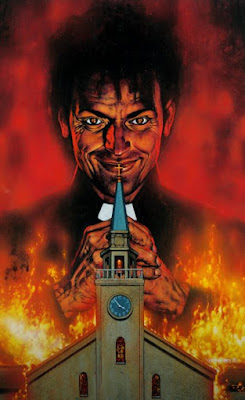 AMC released the official trailer for upcoming series 'Preacher' which will premiere in 2016. Based on the graphic novel of the same name, 'Preacher' is a supernatural drama following a priest and his vampire best friend and ex-girlfriend as they search for God-literally not metaphorically.

Preacher is the story of Jesse Custer (Dominic Cooper-Agent Carter), a conflicted preacher in a small Texas town who is inhabited by a mysterious entity that allows him to develop a highly unconventional power. Jesse, his ex-girlfriend, Tulip (Ruth Negga-Agents of S.H.I.E.L.D.), and an Irish vampire named Cassidy (Joseph Gilgun-This Is England) embark on a journey to, literally, find God.