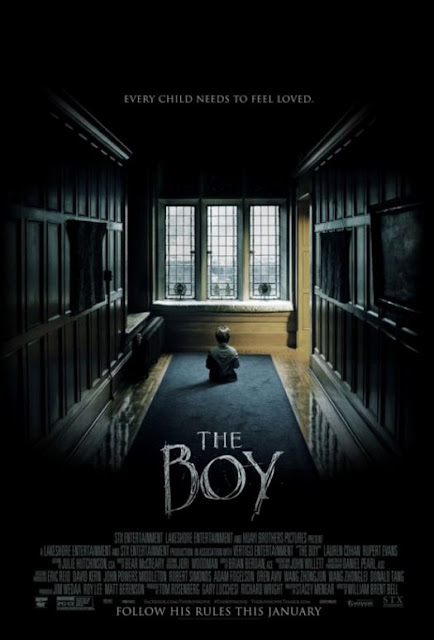 The official poster has been released for upcoming creepy doll horror "The Boy". The film released a teaser trailer back in the middle of October and offered a glimpse into the almost Gothic, and atmospheric,  supernatural thriller. "The Boy" is directed by William Brent Bell and stars Lauren Cohen, Rupert Evans, Ben Robson, Jim Norton, Diana Hardcastle, and James Russell. "The Boy" is due out January 22nd, 2016.


The Walking Dead’s” Lauren Cohan, “Greta (Cohan) is a young American woman who takes a job as a nanny in a remote English village, only to discover that the family’s 8-year-old is a life-sized doll that the parents care for just like a real boy, as a way to cope with the death of their actual son 20 years prior. After violating a list of strict rules, a series of disturbing and inexplicable events bring Greta’s worst nightmare to life, leading her to believe that the doll is actually alive.

Check out the trailer here: Trailer Released For Creepy Doll Horror "The Boy"
Posted by A Southern Horror Fan