First Trailer For Season 2 'From Dusk Till Dawn' 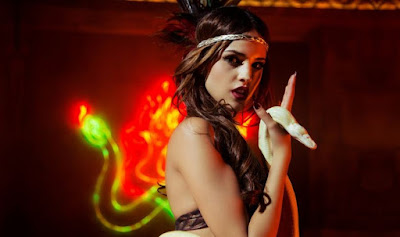 The first trailer has been released for season 2 of El Rey's 'From Dusk Till Dawn'. The series returns with new cast members Danny Trejo and Jeff Fahey. It is really a cool update for the vampire franchise that brings the fangs from across our southern border. I can't wait for the series return.

Our characters are all living in very separate worlds –Santánico and Richie are outside Houston, doing their best Bonnie and Clyde; Seth and Kate are scraping by South of the Border; and Freddie Gonzalez is protecting his wife and young daughter in the suburbs. Carlos Madrigal and Scott Fuller emerge from the Titty Twister, changed men. They will all come together once again – this time facing off against an even bigger threat.