Check out the new "Sinister II" poster. The film has some of the most disturbing subject matter in this paranormal, evil entity, demon horror genre- in my opinion. At least the first film did. I hope this second installment gives me even more of those disgusting chills as well! 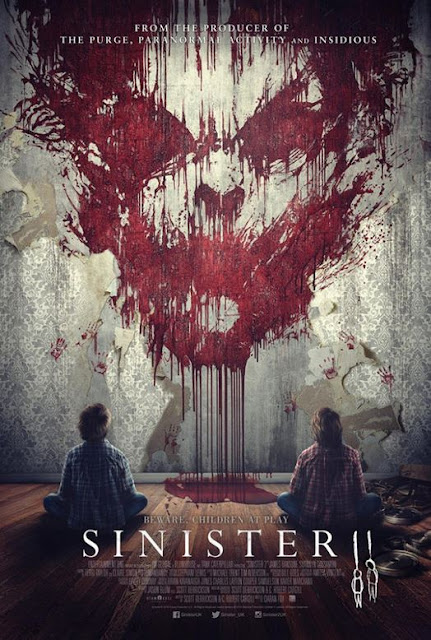 "Sinister II" is directed by Ciaran Foy and stars Shannyn Sossamon, James Ransone, Nicholas King. The sequel is set to be released on August 21st, 2015. "Sinister II" was written by  Scott Derrickson and C. Robert Cargill.

In the aftermath of the shocking events in Sinister, a protective mother and her 9-year-old twin sons find themselves in a rural house marked for death as the evil spirit of Buhguul continues to spread with frightening intensity.
Posted by A Southern Horror Fan