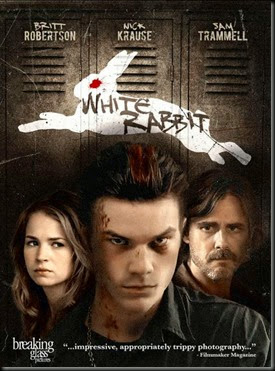 Nick Krause plays a troubled teen that has been tormented by visions since his alcoholic father (Trammell) forced him to kill an innocent rabbit while hunting as a boy. Now that Harlon (Krause) is a bullied high school student, his undiagnosed mental illness is getting worse. He begins to hear voices and his imagination encourages him to carry out violent acts. Things begin to look up when Julie (Robertson), a rebellious young girl, moves to town and befriends Harlon. But when she betrays him, the rabbit along with other imaginary comic book characters taunt him into committing one final act of revenge.