Official Trailer For ‘The Sleeping Room” 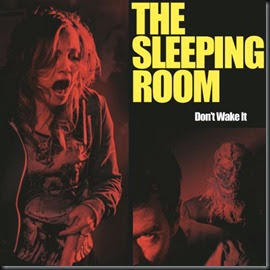 A new official trailer has been released for “The Sleeping Room”, a supernatural horror thriller directed by John Shackleton. “The Sleeping Room” stars Julie Graham, Christopher Adamson, Joseph Beattie, Leila Mimmack. The film is described as an enigmatic, twisted nightmare.

In the 1900's, Brighton pimp Fiskin Swannell starts photographing his girls to make titillating Mutoscope (What the butler saw) movies. His obsession for the pornographic takes a dark turn and he becomes the unwitting pioneer of snuff movies. The girls fight back and kill him, hiding his body and possessions in a makeshift tomb above the 'Sleeping Room' within his brothel.

Present day, and the vengeful spirit of Fiskin is unleashed into the apartment when young prostitute Blue uncovers the room whilst visiting a client, Bill. Her situation is worsened by not-so-motherly role model and pimp Cynthia and local gangster Freddie, who earn good money from the teenager.

Blue must find the strength to tackle her emotions and the hidden demons within the Sleeping Room, and unlock the torturous secrets of the past, if she is to survive the evil intentions of Fiskin's spirit and her manipulative abusers.