New Poster For “The Divine Tragedies” 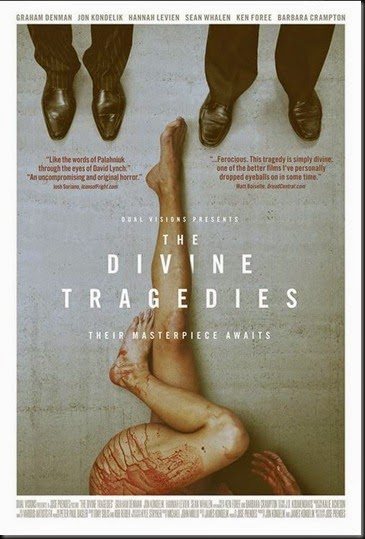 Divine Tragedies, based loosely on the famous Leopold and Loeb murder case, tells the tale of Charles Brubaker (Graham Denman) and his half-brother Thomas Lo Bianco (Jon Kondelik), who concoct a deadly game to test their superior intelligence against the dimwitted masses. This game will eventually lead to murder, and when Genevieve, a beautiful single mother, enters their lives they finally find the perfect girl for their first kill. But problems arise when they quickly discover that Detective Homer Gaul (Ken Foree), a cop with a very special gift, is hot on their trail.