Crowd Funding Has Kicked Off For Horror Short “CHAIN” 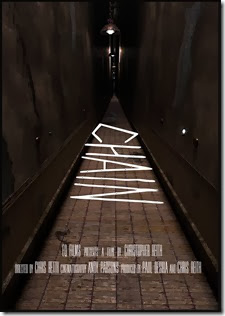 The guys behind psychological horror short film “CHAIN” have kicked off their crowd funding for the project over on Indiegogo. The film follows a man who winds his way home through a series of corridors. With each step, his familiar surroundings begin to twist and morph; from something cold and unwelcoming into a dangerous and life threatening labyrinth of fear. As the corridors close in around him, the man desperately struggles to get to the safety of his apartment. Nothing, however, is more disturbing than what waits for him beyond the door.

Director Christopher Reith made this statement about the project, “What I want to create with CHAIN is a film set within its own hostile microcosm…The narrative is very tightly woven but allows and encourages the audience to form their own interpretations.”