“Man On The Roof” Update 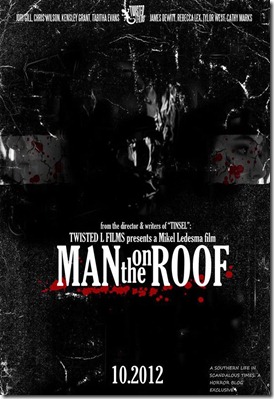 The story is about Jennifer and her group of friends being terrorized by a ‘man on the roof’ forcing them into a deadly cat and mouse game.

Check out the movie Facebook Page and click like. Also you can check back here for to come from this intriguing film from the twisted mind behind the holiday horror short film “Tinsel”. Plus check out the teaser trailer for “Man On The Roof” here!
Posted by A Southern Horror Fan