Crackle's Zombie Horror "The Clearing" To Premiere This June 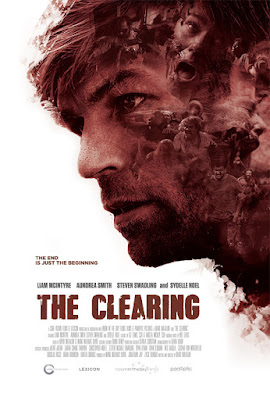 Crackle streaming service has announced a June premiere date for zombie horror "The Clearing". The film is directed by David Matalon and stars Liam McIntyre, Aundrea Smith, Sydelle Noel and Steven Swadling. It will debut exclusively on May 25th on the Crackle Channel on Amazon Fire TV devices.

Set at the dawn of a zombie apocalypse, the story unfolds amid tensions between Tom (McIntyre) and his wife (Noel) over his parental responsibilities and the time he spends with his young daughter Mira (Smith). Tom takes Mira on a camping trip, only to discover the impending disaster that leaves the pair trapped in a clearing in the woods, fighting to make it out alive.

Available for early access in 34 million U.S. homes, including on Amazon FireTV, RokuTV and devices, Apple TV, most Smart TVs (Samsung, LG, Vizio), Gaming Consoles (PS4 and XBoxOne), on iOS and Android mobile devices and on desktop at Crackle.com.
Posted by A Southern Horror Fan