VIRUS HORROR "INFECTION" GETS US RELEASE 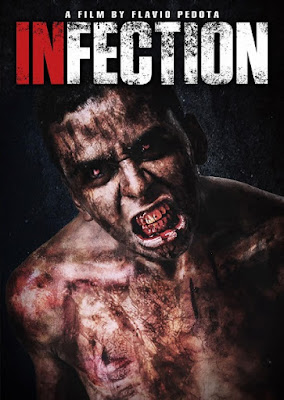 Jinga Films and Dark Sky Films are pleased to announce the US release of Flavio Pedota's award winning virus horror INFECTION which will be released on DVD and VOD on April 14th 2020.

"A collision between Mad Max and 28 Days Later, INFECTION is a breakneck thriller where the survival of an entire species may depend on the survival of one man" - Andrew Mack, Screen Anarchy.

After an outbreak of a new strand of the rabies virus turns the population into bloodthirsty cannibals, a young doctor finds himself separated from his son. Navigating his way through the plague-infested streets and marauder-filled backwoods, he must use every resource to find his only child and hopefully unlock the secret to a cure for the deadly disease.

INFECTION received its world premiere at Guadalajara and has since screened at Sitges (Spain), Fantasporto (Portugal), Utopiales (France), Popcorn Frights (US), Fantaspoa (Brasil),   Morbido (Mexico), Raindance (UK) and Festival Of Fear in Canada where it won Best Film.
Posted by A Southern Horror Fan