My Review Of "The Mercenary" 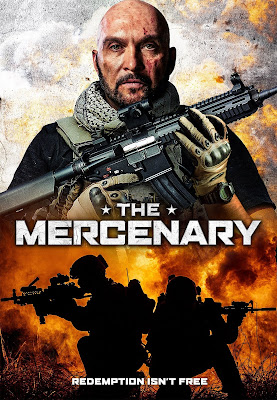 "The Mercenary" is a action thriller from director Jesse Johnson. The film stars Dominiquie Vandenberg, Louis Mandylor (Rambo : Last Blood) and Carmen Argenziano (“CSI : NY”). It is a classic action driven movie reminiscent of 'Strike Back' and "Savage Dog".

Maxx (Vandenberg, Triple Threat, Gangs of New York) is a legionnaire turned mercenary. When a mission in South America goes wrong Maxx is left for dead, but he is nursed back to health and reborn with a new outlook on life. He tries to live tranquilly within the confines of his new beliefs surrounded by his new friends at a church. But his peaceful days are short-lived when mercenaries he used to work with cross his path again and he is forced to revisit and face his own demons. His brutal past, war and violence have come looking for him again. His path to redemption is interrupted and Maxx becomes an avenging warrior using the skills that were his trade.

The story is very familiar, a man seeking redemption, forced back into darkness when his violent past comes back to haunt him. There is tragic loss, bloodshed, revenge and a reluctant sidekick. It is a format that has permeated action film and television for decades. "The Mercenary" mirrors it's predecessors but does so spectacularly.

This isn't a genre I seek out, but having gotten hooked into the concept via 'Strike Back', I have come to appreciate quality storytelling in this genre. Johnson's film lacks some of the bigger budget asthetics, but still manages enough drama and climactic arc to capture it's audience. The acting is decent, not stellar but good enough so that you can get into the movie.

The effects blend CGI with more baser practical effects and quality choreography. It is what you expect to see in a action film. It is also very predictable. There isn't anything here that hasn't been seen before, still "The Mercenary" does it right, even on an obviously lower budget. Overall it is an entertaining action film that is worth checking out- if you are into action films. (3.5/5)