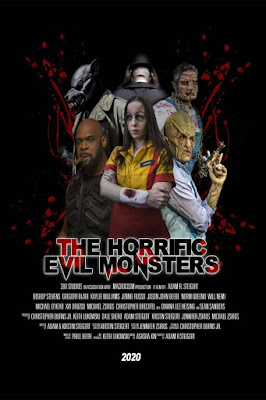 A superhero take on the world of horror icons such as a zombie, an alien, a werewolf, a grim reaper, and an unstoppable masked killer commissioned by a secret government agency code name T.H.E.M. The Horrific Evil Monsters is led by a mysterious man named ‘Mick’ as he recruits some of the most hazardous horror and science fiction characters of all time to take on a biblical unrelenting force that brings the apocalypse with them.