THE TRAILER FOR "ARTIK" WILL HAVE YOU SCREAMING FOR MORE! 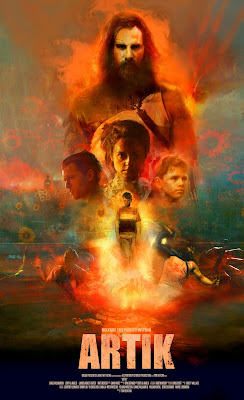 Epic Pictures and DREAD are thrilled to release the key art and brand new trailer for Tom Botchii's feature film debut,ARTIK, releasing on VOD and Blu-ray on September 10th!

A comic book obsessed serial killer teaches his son how to get away with a series of brutal murders until the boy befriends a mysterious man who threatens to expose everything.
ARTIK is written & directed by Tom Botchii, starring Chase Williamson (John Dies at the End), Lauren Ashely Carter (Imitation Girl), Matt Mercer (Contracted), Gavin White (14 Cameras), & Jerry G Angelo (7 Faces of Jack the Ripper).