Pilot Ordered For Series Adaptation Of 'The Eyes Of The Dragon' 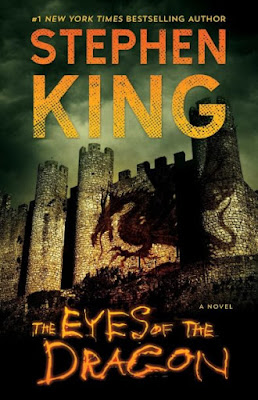 Deadline is reporting that Hulu has ordered a pilot episode for a possible  series of Stephen King's The Eyes of the Dragon. Hulu is teaming with Fox 21 for the pilot, which is being executive produced by Bill Haber, Roy Lee, Jon Berg, David Katzenberg, and Seth Grahame-Smith.

The Eyes of the Dragon takes place in the fantasy realm of Delain and features dark magic, a fractured royal family, the head of a slain dragon, and Randall Flagg aka Man in Black), the evil entity who also appears in King's Dark Tower books and The Stand.

“Once, in a kingdom called Delain, there was a king with two sons….”

Thus begins one of the most unique tales that master storyteller Stephen King has ever written—a sprawling fantasy of dark magic and the struggle for absolute power that utterly transforms the destinies of two brothers born into royalty. Through this enthralling masterpiece of mythical adventure, intrigue, and terror, you will thrill to this unforgettable narrative filled with relentless, wicked enchantment, and the most terrible of secrets…
Posted by A Southern Horror Fan