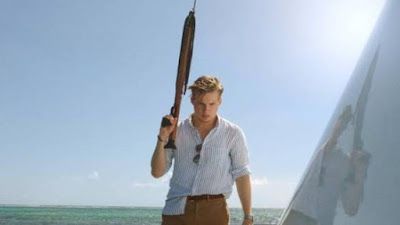 A new trailer has been released for dark comedy "Harpoon". Straight off acquisition at Cannes, the Epic Pictures film will be released on the company's DREAD label. It is directed by Rob Grant and stars Munro Chambers (star of Epic Pictures’ cult hit Turbo Kid), Emily Tyra (Code Black), and Christopher Gray (The Mist).

"Harpoon" is a dark comedy about the rivalries, dark secrets, and sexual tension that amount when three best friends find themselves stranded on a yacht in the middle of the ocean under suspicious circumstances.