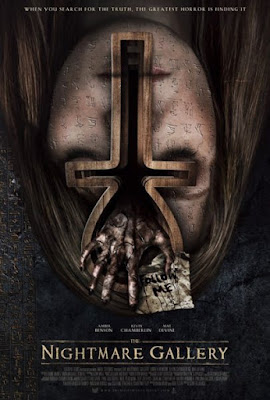 Benson portrays an established anthropology professor investigating the disappearance of one of her most promising students. After uncovering several occult artifacts, the truth she finds is something unspeakable that threatens her on every level.

"This film explores the horrors and heartbreak that build as Amber’s character dives further down the dark rabbit hole of obsession. While we were already fans of Amber’s work on Buffy, we were truly blown away by the raw and brilliant intensity that Amber infused into her character." - Gene Blalock
Posted by A Southern Horror Fan