"Leprechaun Returns" Set To Be Released This June 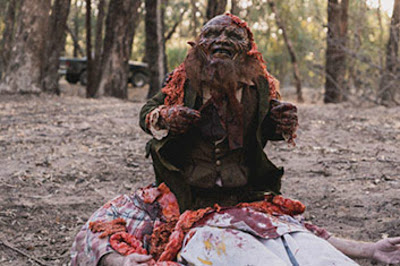 "Leprechaun Returns" is set to be released on Blu-ray and DVD June 11th. The film is directed by Steven Kostanski and stars Taylor Spreitler (Kevin Can Wait) as Lila, Pepi Sonuga (Ash vs Evil Dead) as Katie, Sai Bennett (Lake Placid: Legacy) as Rose, and Linden Porco as the leprechaun.

The Blu-ray and DVD will include a making-of featurette, behind-the-scenes footage, and a still gallery.

The deadly, wisecracking Leprechaun is back in all his gory glory. When the sorority sisters of the Alpha Upsilon house decide to go green and use an old well as their water source, they unwittingly awaken a pint-sized, green-clad monster. The Leprechaun wants a pot of gold buried near the sorority house, but first, he must recover his powers with a killing spree—and only the girls of AU can stop him.