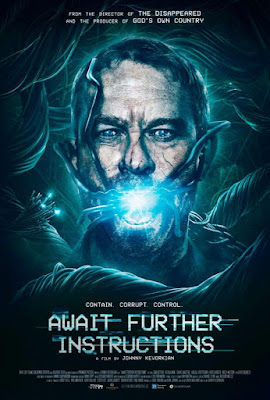 Out now on VOD and in a limited theatrical release is Johnny Kevorkian's "Await Further Instructions". Released to through Dark Sky Films, the sci-fi horror mashup stars David Bradley, Sam Gittins, Neerja Naik, and Grant Masters.  Check out the trailer below. 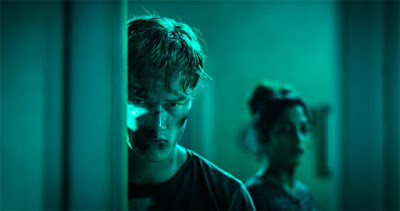 Set on Christmas day, “the Milgram family wake to find a mysterious black substance surrounding their house. Something monumental is clearly happening right outside their door, but what exactly – an industrial accident, a terrorist attack, nuclear war? Descending into terrified arguments, they turn on the television, desperate for any information. On screen, a message glows ominously: ‘Stay Indoors and Await Further Instructions’. As the television exerts an ever more sinister grip, their paranoia escalates into bloody carnage.