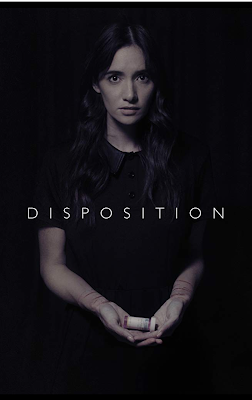 In Disposition, a quiet girl (Sara Malakul Lane, Sun Choke, Beyond the Gates) finds herself literally stalked by her own darkness. As she struggles with medication and coping with depression, she finds herself constantly envisioning her own violent suicide.