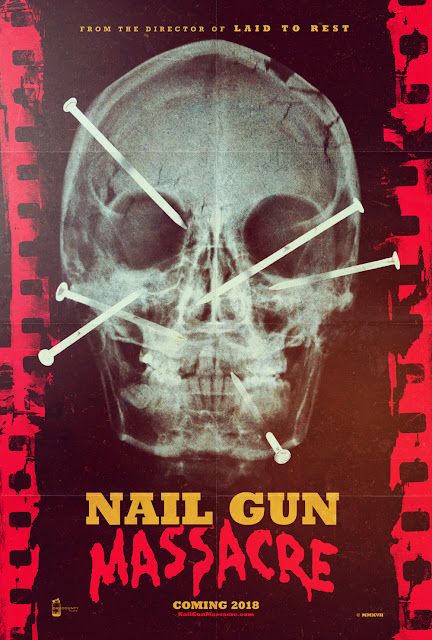 Director Robert Hall (Laid to Rest, Fear Clinic, MTV’s “Teen Wolf”) has joined forces with Texas Frightmare Weekend founder and producer Loyd Cryer to remake the 1985 cult favorite Nail Gun Massacre.
Cryer had a relationship with the film’s original director, (the late) Terry Lofton, and re-released the original film in 2014 with Code Red Entertainment. When asked about the new version, Cryer said: “Robert Hall and I have been talking about this for a couple of years, and finally we are making it happen. Hall’s film Lightning Bug is a personal favorite, and obviously with the unmatched death scenes in his Laid to Rest series, I found the right guy to bring it to life.”
Hall will direct and produce with Cryer while the script comes courtesy of screenwriter Darren Bevill (Appetites). When asked about the film and any casting choices, Hall said: “I’ve been really fortunate to have amazing casts in all my films despite the budget, and although I can’t reveal anything just yet, Nail Gun will be no different and feature a familiar and stellar cast.”
Hall then commented on whether they would retain the comedic camp tone of the original: “It’s going to be a FUN MOVIE for sure; however, the new screenplay is really smart, and we are pulling back on the camp for sure. It’s an update for today’s demanding audience bringing you WTF superb nail gun kills of course. - Dread Central
Posted by A Southern Horror Fan