Patrick Rea's "Enclosure" has a UK VOD release. The film is now available on Amazon video and other major platforms. "Enclosure" releases in the U.S. under the title of "Arbor Demon". The film stars Fiona Dourif, Kevin Ryan, and Jake Busey. 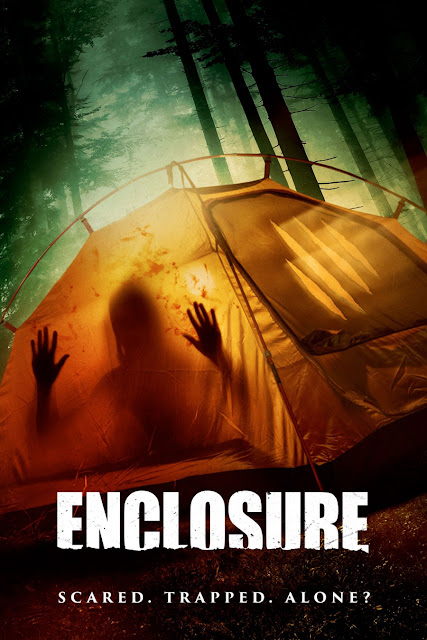 An adventurous married couple and an injured hunter are held captive inside a claustrophobic tent by a supernatural threat. For an unknown reason the tent has become their only safe haven. Soon tensions rise inside the enclosure, and the truth about the attacker is revealed.
Posted by A Southern Horror Fan