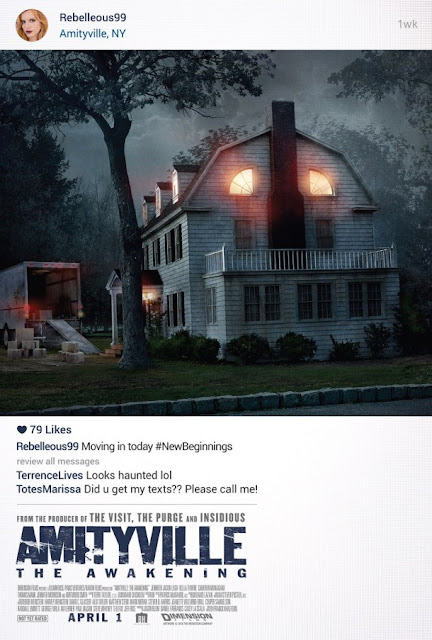 Check out the official poster for Dimension Films' reboot to creepy horror franchise about the ultimate house from Hell. "Amityville: The Awakening" looks to be the latest and best hope at really kicking this story into the nightmares of the new generation horror fan. And there is a trailer from last quarter to get a peek at the film's potential."Amityville: The Awakening " is directed by Franck Khalfoun and stars Bella Thorne, Jennifer Jason Leigh, Cameron Monaghan, Thomas Mann, Taylor Spreitler, Mckenna Grace, and Kurtwood Smith. It hits theatres April 1st, 2016.

Belle, her little sister, and her comatose twin brother move into a new house with their single mother Joan in order to save money to help pay for her brother’s expensive healthcare. But when strange phenomena begin to occur in the house including the miraculous recovery of her brother, Belle begins to suspect her Mother isn’t telling her everything and soon realizes they just moved into the infamous Amityville house.