Check Out The New Trailer For "Prisoner X" 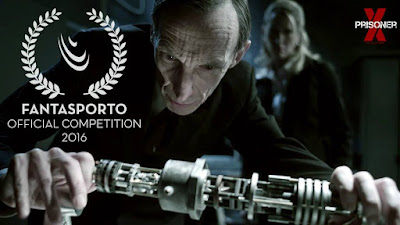 A new trailer has been released for sci-fi thriller "Prisoner X" for everyone to check out. The film is directed by Guarev Seth and stars Michelle Nolden (Christmas Horror Story), Romano Orzari (Turbo Kid) , Damon Runyan (Dead of Winter), and Julian Richings (The Witch). "Prisoner X" has been picked up by Raven Banner and currently showing at the Euro Film Market in Berlin.

As the world rages in war and civil strife, a CIA agent arrives at a secret underground prison to interrogate a time-travelling terrorist, who she believes is responsible for the unfolding catastrophe. What she learns will change the fate of the world forever!