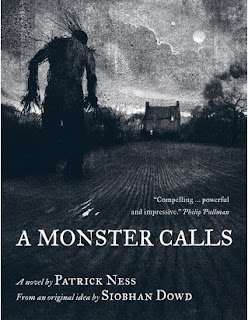 The teaser trailer has been released for "The Orphanage" director Juan Antonio Bayona's new Horror, "A Monster Calls", based off the novel of the same name. The film stars Lewis MacDougall, Felicity Jones, Toby Kebbell, Liam Neeson and Sigourney Weaver. " A Monster Calls" is slated for an October 2016 release.

A visually spectacular drama from acclaimed director Juan Antonio Bayona (“The Impossible”), based on the award-winning children’s fantasy novel. 12-year-old Conor (Lewis MacDougall) attempts to deal with his mother’s (Felicity Jones) illness and the bullying of his classmates by escaping into a fantastical world of monsters and fairy tales that explore courage, loss, and faith.