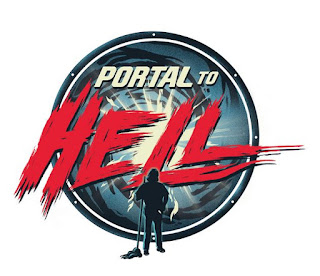 It fucking sucks that Roddy Piper is dead. For one with all the remakes, reboots, and revisions, I was hoping for a new installment to "They Live" with him reprising his role. Hell even held out dreams for a TV series adaptation with him in the cast. What got me hoping about those things was the mention of Roddy hitting the blood beasts from beyond in "Portal To Hell", a horror short that pits Piper against Cthulhu.

"Portal To Hell" has now released a teaser for the final Piper project- at least that I am aware of anyway. The film will debut at TIFF but the details are nil as of yet. "Portal To Hell" is directed by Vivieno Caldinelli and co-stars Laura Robinson, Matt Watts, Jordan Todosey, and Millie Davis.

Jack (Roddy Piper) is a building superintendent, Jack is a simple man with simple needs. He just wants to be left in peace so that he can get on with reading his book. But the tenants living in his building are always in need of him for something. Fix this, replace that, unblock this toilet. However, when the power goes out in the building the culprit is not a blown fuse or faulty wiring it is two of the tenants who have opened a portal to hell in the basement of the building. If Jack doesn't close the portal and stop Great Cthulhu rising from his watery tomb city then the entire building, no, the entire world will go down the pan.