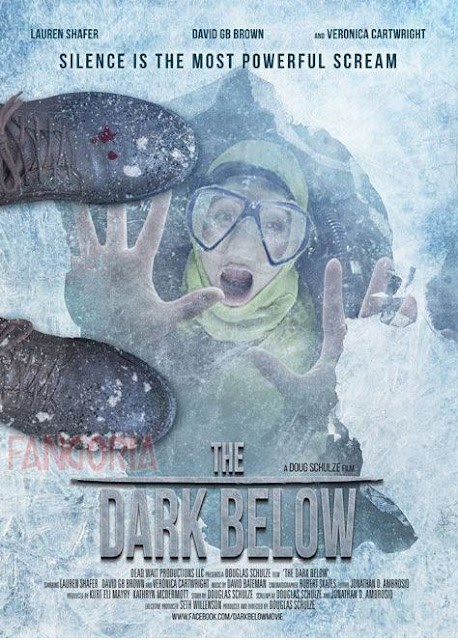 Fangoria has revealed the poster for upcoming horror film "The Dark Below" ahead of its Fantasia Film Festival World Premiere. The film is directed by Douglas Schulze and stars Veronica Cartwright, Lauren Mae Shafer, David G.B. Brown, Sarah Zorn. "The Dark Below" premieres during the Canadian film festival which runs July 14th thru August 4th.


The Dark Below is a terrifying tale about a divers struggle to stay alive beneath a frozen lake while a killer hunts them from above. Set largely on and beneath a frozen lake the production crew filmed "The Dark Below" outdoors in temperatures that, at times dropped to minus 20 degrees. Schulze explains; “There’s no green screen here; we filmed this almost entirely in real locations with real elements.”