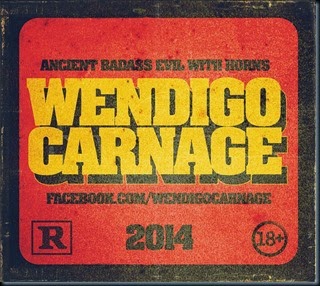 Check out the official trailer for “Wendigo Carnage”. The film is is a FEATURE LENGTH horror film that follows Ronin, who was just released from prison as he travels back to his hometown to find it plagued by an ancient evil…..a freaking Wendigo summoned from HELL! He must overcome his dark past, reunite with his hot ex-girlfriend (who is a cop) and help save the town he loves…..all while kicking some Wendigo Ass. “Wendigo Carnage” celebrates all the gory awesomeness of grindhouse cinema with a full on creature feature attack!