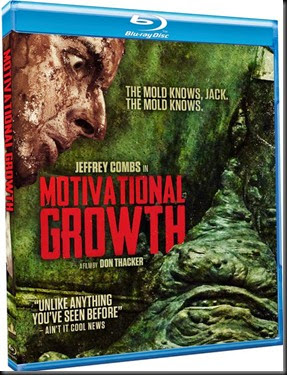 A new trailer has been released for Don Thacker’s sleeper festival-hit MOTIVATIONAL GROWTH (starring genre-legend Jeffrey Combs). The film will hit VOD worldwide on September 30th (via Devolver Films and Indiecan Entertainment in Canada), Blu-Ray & DVD in Canada on the same date, and DVD in the US the following week (via Parade Deck Films), on October 7th.

In Motivational Growth, Ian Foliver (Adrian DiGiovanni), a depressed and reclusive man in his 30s, finds himself taking advice from a growth in his bathroom after a failed suicide attempt. The Mold (‘ReAnimator’ star Jeffrey Combs), a smooth talking fungus born of the filth in a neglected bathroom, works to help Ian clean himself up and remodel his lifestyle. The Mold has big plans for Ian, but they may not be as innocent as they seem. A labyrinthine-narrative follows, full of colorfully-drawn characters and gruesome body horror. “The Mold knows, Jack. The Mold knows.” 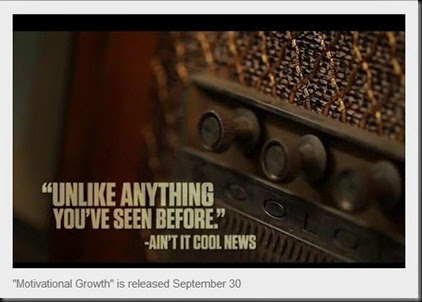 The DVD release will include a commentary track (with actors Jeffrey Combs and Adrian DiGiovanni, and director Don Thacker), a photo gallery and trailers. The Blu-Ray edition will also include an hour of behind the scenes material.