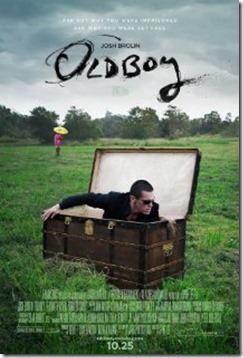 The official trailer has been released for one of the most debated remakes to come along. The original “Oldboy” has it’s devout fans and with Spike Lee remaking the film there has been some doubt as to whether the new will hold up or fall by the remake fire. Spike Lee’s joint stars Samuel L. Jackson, Elizabeth Olsen, Josh Brolin, Sharlto Copley. I still have not seen the Korean original version but based on the trailer for this reworking I need to get my ass in gear and check it out!

An advertising executive is abruptly kidnapped and held hostage for 20 years in solitary confinement. When he is inexplicably released, he embarks on an obsessive mission to discover who orchestrated his bizarre and torturous punishment only to find he is still trapped in a web of conspiracy and torment.