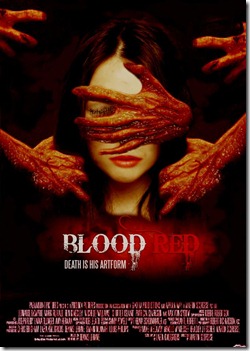 “Blood Red” is a Indie film described as blending elements of “Saw” and “Silence Of The Lamb” to create an intense horror thriller. Directed by Steve Du Melo the film focuses on the possibility that a vicious serial killer is still alive and is playing with a young woman’s life. The project plans to begin filming in the summer and is currently seeking investors. The film will be produced by MeloMedia Films and as all ready lined up Nicola Posene tapped to play the lead character Megan Taylor. Check out the concept video shot for the film below.

The idea for the story is - What would happen if one day you really met a serial killer. The story is about a student, "Megan Taylor" who inadvertently meets a disfigured serial killer called "Devlin Drago" and is given an ultimatum.... Help him or face unspeakable retribution to her or the people she cares about. You can check out more on this project and read a in-depth synopsis on the film’s plot at the Company’s website. You can also check out the status of the movie over at Indiegogo where the film’s crowd funding is located. 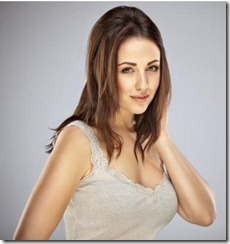 Nicola Posene starred in Disney channels' phenomenally successful “Life Bites“.  Nicola has landed roles in such television shows as CBBC’s ‘Mysti’, ITV’s ‘Echo Beach’ and BBC’s “Casualty”. As well as TV roles she has had leading roles in feature films such as ”Deadly Departed”, “Axed”, Fire Box and “Dawn of the Dragon Slayer”. The lead character of Megan Taylor is a challenging role and requires an actress with ability, focus and believability that can engage the audience throughout the movie. Ahead of our list of actresses was Nicola Posener, an intelligent actress with strong on screen charisma. Luckily, when we approached her she had already heard about the Blood Red Project. We were also pleased when she loved the script. If everything goes to plan and schedules allow, Nicola will be playing the part of Megan.