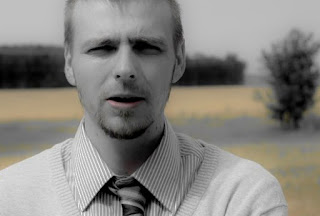 Last week I received an update from Indie director Lawrence W. Nelson II about details on his first feature film project “The Mangled”. A film that will no doubt make an impression on Indie horror fans. It is a film that I have watched come along since the teaser poster warning of Cletus’ Coming way back in May of 2011. Since then Nelson has dealt with a few set backs and thankfully now looks forward the creation of his nightmare with excitement and positivity. He hasn’t just sat calmly in idle though. He created a new nightmare in the small five minute short about a deranged killer in the woods titled “You Found Me”. A short which perfectly plays out like a quick tease promo. Which it does very well. Lawrence W. Nelson II plans to expand “You Found Me” into a feature film after having Black Flag TV pick it up and after receiving great good feedback from fans. I had a chance to ask the young director a few questions about “You Found Me” and the future of “The Mangled” and here is what he had to say about both these interesting and ambitious projects.

A Southern Life: Where did the concept and inspiration for You Found Me come from?

Lawrence W. Nelson II: The initial concept came from the film Deliverance, Hostel and even the not so great Vacancy,  but I wanted to expand on that world and add in the slasher genre to it.  In the short, we just see our two victims getting tortured or killed, the feature is going to add in a lot more depth, and yes we expand our cast to the five friends who will be putting out there share of violence upon our attackers.

A Southern Life: How hard was it to decide what to allow for as far as scenes in the short and did you initially plan to expand upon the story later?

Lawrence W. Nelson II: The idea was always to expand You Found Me into a feature, the question was when that would happen.  I kept in touch with the actors, and then BlackflagTV picked up the short and we had a pretty great number of people who watched the short and a lot of emails from fans wanting to know if it was going to be a feature. I talked with the actors and said this is how I now see this project going, what do you guys think?  They got excited about it again.

A Southern Life: Will the feature stay mainly revolved around the two young girls abduction and killing, how will they share the story?

Lawrence W. Nelson II: The story line will grow, three more friends will come on the ride for You Found Me,  I just started the casting process for the rest of the roles.  I'm extremely excited about that.

A Southern Life: As far as the killer goes. will he stay the sole slasher in the feature or will he be part of a bigger clan of psychotics and will his back story be more developed?

Lawrence W. Nelson II: Our killers story will expand and there will be others, however, they won't necessarily know that each other is out there in the woods. I don't want to give to much away.

A Southern Life: What is the significance of the VHS recording and tape lying on the floor in the final scene of the film?

Lawrence W. Nelson II: It's trying to let us know that there is more to the story than just a slasher killing people, that this is something that was premeditated  and someone is orchestrating this from behind the scenes.

A Southern Life: In regards to The Mangled you have had some set backs but nothing too major thus far, how has it been for you bringing the story to life with these changes?

Lawrence W. Nelson II: Set backs are something that we all come to know in indie film making, it's just the case.  With that being said,  the story has always been the same. Have I made changes to it based on casting and talking with the actors? Yes - a good idea is a good idea no matter who it comes from. I'm pretty open to changes if it's something that makes sense to the overall story. So in a lot of ways, these minor setbacks have worked out for us to really to enhance the story and make it that much better.

A Southern Life: How different from your initial vision for the film is the new story going to be?

Lawrence W. Nelson II: The vision for the film has always been a gritty thrill ride and bring that realism much like the original Texas Chainsaw Massacre brought to audience's in the 70s.

A Southern Life: Just how gritty or gory will The Mangled be now ?

Lawrence W. Nelson II: I can say that I'm so excited about having on board Hawgfly Productions Inc. and Meredith Johns being our lead SFX person on the project, we've got some great blood and gore coming for the fans. They've only took my vision and really brought it to the next level of what we can do on camera.

A Southern Life: Who are the new cast members attached to the project and has that changed the story much having new actors come on board?

Lawrence W. Nelson II:  I had to basically recast my three leads, who are now going to be staring in You found Me, the new cast members are Mindy Robinson, Julet Reeves, Morgan Lester,  Carla Acosta, Sophie Gotberg, Rebecca Olejniczak, Hoyt Richards  and I'm still searching for the role of Cletus Bates.  It was so important to me to find the right person for each character and it was a long process, but at the end of the day it all worked out. This cast is going to really bring it.  The fans won't be disappointed.

A Southern Life: Who are some of the directors you admire in the industry?

Lawrence W. Nelson II: There's a lot of directors that I admire in film, but I more admire are the Director's of Photography, like Daniel Pearl or Michael Chapman,   For directors, I would have to say Tobe Hooper,  Sean S. Cunningham, Wes Craven, Ridley Scott, James Cameron, Stanley Kubrick, Quention Tarantino,  more recently Eli Roth, and I love what Adam Green is doing with the Hatchet series, Ti West, Simon Barrett, even Jen and Sylvia Soska who did a pictured called Dead Hooker in a Trunk, but there's a long list of indie horror directors.

A Southern Life:  What were some of your favorite horror films growing up?

Lawrence W. Nelson II: That's a hard one to go to a select few. but Texas Chainsaw Massacre, the Friday the 13th series, of course Nightmare on Elm street, Videodrome, The Dead Zone, The Shinning,  even the old monsters films like The Wolfman and The Mummy.

You can find out more about “You Found Me” and “The Mangled” at their respective Facebook Pages by clicking the titles. Also you can read my review about “You Found Me” here! As always check back for updates on both projects or any future projects coming from this fresh new director that I am sure will make a big impact on the Indie horror community. Both films are in the early stages of production and I for one am very excited to watch as things begin to unfold on both films. 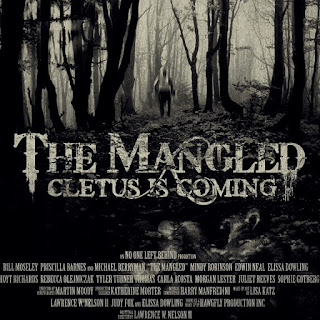