Check Out The Trailer For Indie Flick “The Taking” 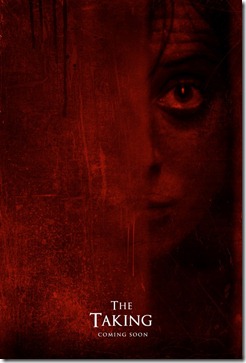 “The Taking” is a smart and full throttle nightmare thriller directed by the The BAPartists ,Cezil Reed and Lydelle Jackson under their Indie studio BAPart Films. The movie is a witty and emotional melodrama soaked in bloody horror that focuses on two souls in a battle for survival as they must struggle to escape the sinister plans of a family to sacrifice them to some malevolent force. It stars John Halas, Alana Jackler, Lynnette Gaza, Gordon Price, Olivia Szego, Frank Bliss, Linda Kennedy, Lynn Mastio Rice and Nick Hanson.

The Taking is a cinematic experience of light and sound. It’s a film made with balls and intellectual muscle. In this film you will discover horrific art told via grisly images and two tales of woe…

The experience begins with Carl who seeks to murder his best friend and adulterous fiancé. Unexpectedly, he awakens in a wooded wasteland. He has no idea as to where he is or how he got there. A sinister family now holds him captive along with another victim named Jade. They’re subjected to arcane rituals and are left tied to a tree for several days.

When Carl looks back on their grisly experience in the forest, he comes to the realization that they’re not just in the woods; rather, they are in a place where people go to fight the vices living inside of them. The losing of this fight is something far worse than death; it’s the utter damnation of one’s very soul. 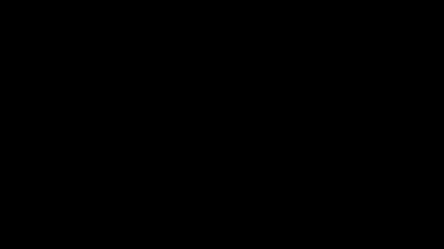 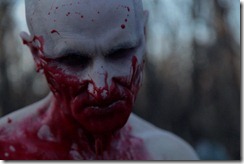