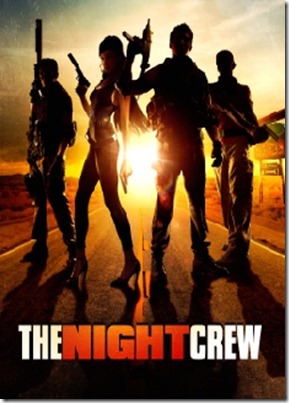 Awhile back there was a poster tease for “The Night Crew” but nothing much more materialized from the thriller. Now Premiere Entertainment has released a new teaser poster and a status update. The film is still in pre-production and is being directed by Christian Sesma.

"A group of hard up bounty hunters must survive the night in a desert motel against a horde of savage border runners when they realize their fugitive, a mysterious Chinese woman, is much more than she lets on" (Maya).
Posted by A Southern Horror Fan